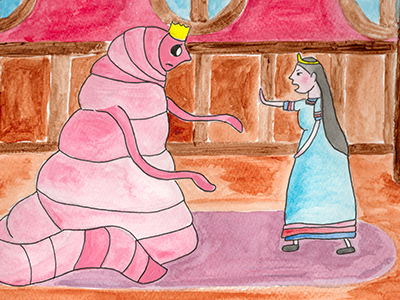 Find two new stories on this website every month! 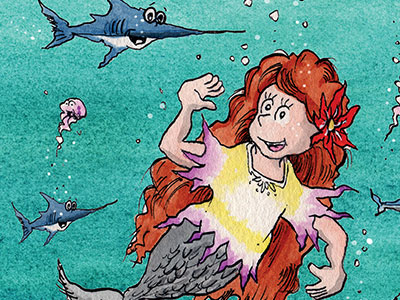 When a young mermaid rescues a landboy from a burning ship, she hopes they can be friends. But the kindly old mer-witch warns that her desire will cause a lot of pain… 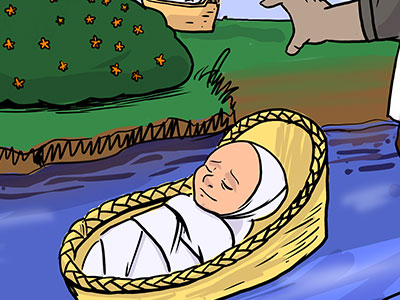 A young girl is overjoyed when her wish to marry a prince comes true – but her sisters are overjealous. When the sisters take revenge, though, everyone is surprised by the results… 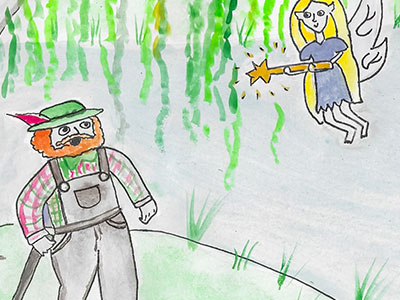 The woodcutter needs to chop down trees to make some money to buy his food. But when the trees start begging for their lives, he finds himself torn between caring and surviving… 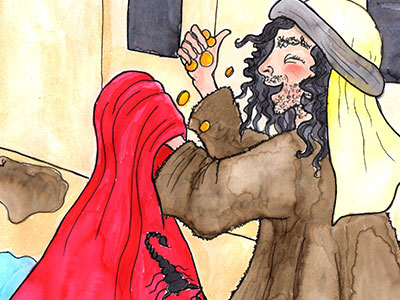 Barabbas loves a good joke, especially at other people’s expense. But when he tries one of his jokes in the city of Jerusalem, he soon finds the joke is on him… 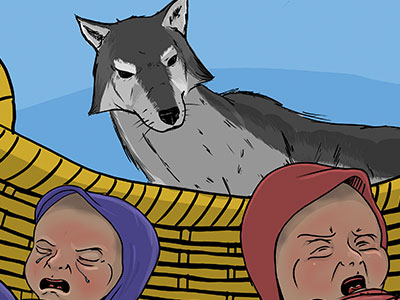 Before Ancient Rome, shepherds hid for their lives from a large wolf called Lupa. But when Lupa finds babies crying by the river, her life is changed forever – as is the shape of Europe… 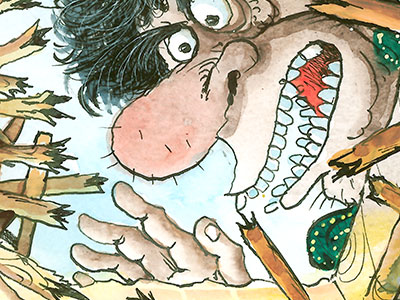 The Wrong Side of a Giant

Tutumu is always hungry, because most of the food on her farm goes to keep the giant happy. When Tutumu eats the giant’s share, though, she finds herself on the wrong side of him… 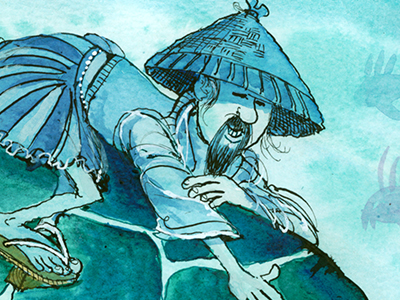 Urashima and the Underwater Kingdom

Urashima is the kind of friend everyone wants to have: kind, thoughtful, and generous. But when the ocean rewards his good deeds, is the gift too much for him to take? 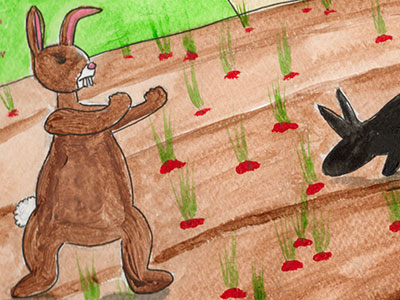 Brer Bunny and the Tar Bunny

Brer Bunny is both a bully and a thief – so when he spots another bunny trying to steal, his first thought is to fight! But Brer Bunny soon finds himself in a sticky situation... 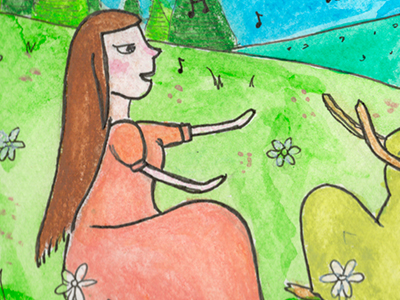 The Dance of Persephone

Persephone is excited when Hades offers her the chance to be a queen! But she has to leave before saying goodbye to her mother Demeter. And since Demeter controls the rain, the consequences are disastrous… 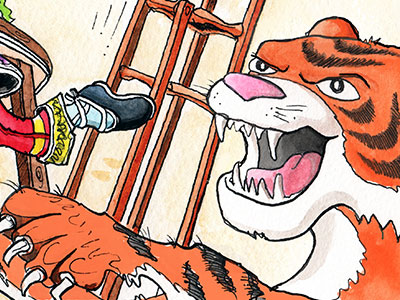 No Tigers On The Table

Stubborn Mr Chen really doesn't like people putting things on his table that don’t belong there, so uses his carpentry skills to keep them off. But can he protect it from a tiger? 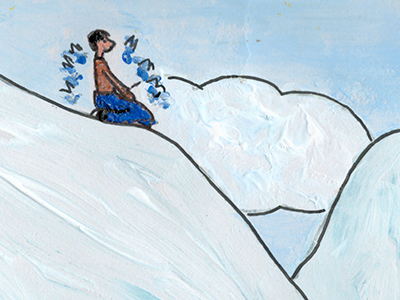 When six-year-old Abel's mother falls ill, he accepts a dare to help him afford a doctor. But can he possibly survive a night up a mountain with no shirt or fire to keep him warm? 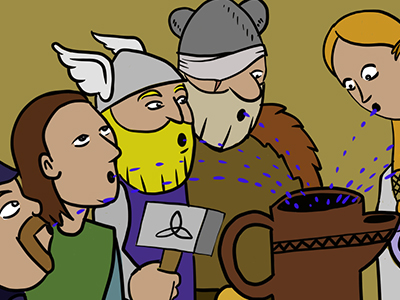 The Potion of Poetry

Great Hunter Woden, the leader of the Saxon gods, has created a potion that makes anyone a storyteller – but when the troll Stinker gets a taste, his wickedness suddenly gets a boost of brainpower... 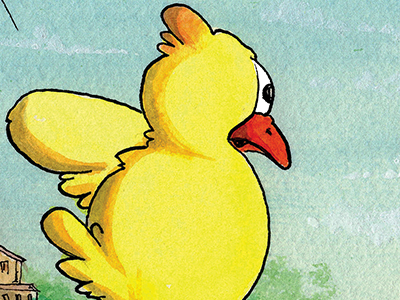 The Ballad of the Little Half-Chick

The chick in this story only has half a body – but don’t feel sorry for him, 'coz he has twice the attitude. When he runs away from home, though, he ends up in hot water… 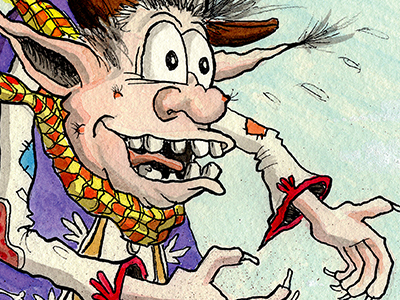 The Farmer and the Boggart

Farmer Rob finds all the villagers of Mumby hiding in their homes from a vicious creature. Will Grandma’s advice help him save the day, or see him end up inside the belly of a boggart? 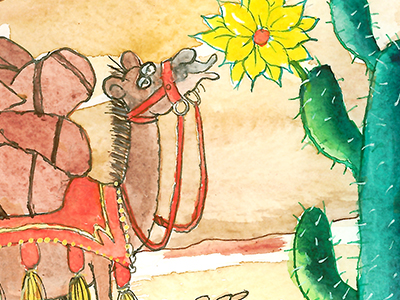 Young Elsie is always in trouble with her parents because she keeps getting distracted. But when she’s given the job of carrying some important gifts through the desert, those distractions lead her into real danger... 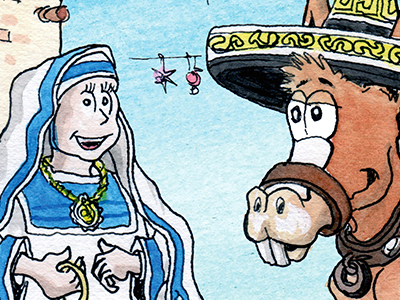 Lola and her pet donkey Don Pedro had been chosen to lead the procession for their village. But after an argument with her mother, it looks like Lola’s Christmas will end in disaster... 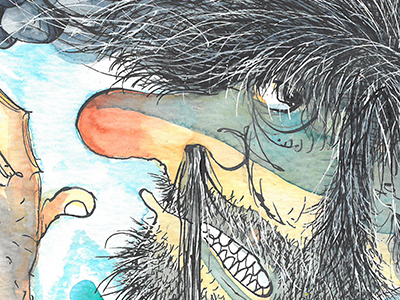 A giant hairy beast scares everyone away from his mountain home with his horrendous howling. But when he causes an avalanche, the princess in a nearby castle is spurred into action... 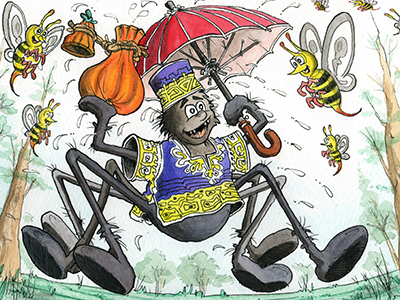 The Spider Who Wanted to Tell Stories

The African spider Anansi is keen to tell stories. To do so, he must complete three challenges from the sky god Nyambe. But how can a spider catch wasps, a snake, and a jaguar?! 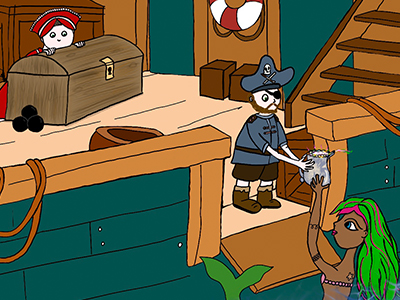 Pirate Grace and the Mermaid Medicine

When a nasty cough spreads quickly among a ship’s crew, pirate Grace has to trust a mermaid queen for help. But what happens when some pirates fail to follow the mermaid's instructions? 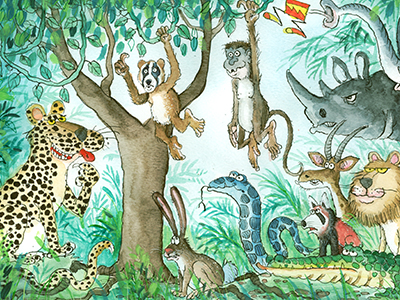 The REAL King of the Jungle

Whoever called the lion "king of the jungle" clearly hadn't met Tenduay the leopard. Tenduay has ten times the appetite of lion, and is causing so much devastation that the other animals are forced to agree an uncomfortable deal... 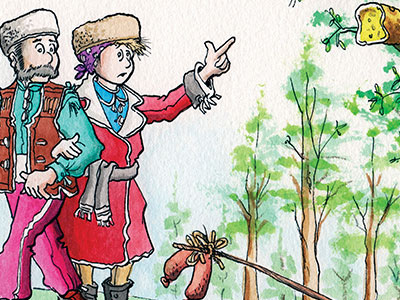 The Fish in the Forest

The farmer’s wife just can’t stop telling everything to everyone. But if the king learns about the gold they’ve found, he’ll snatch it from them. How can the farmer help his wife keep their secret? 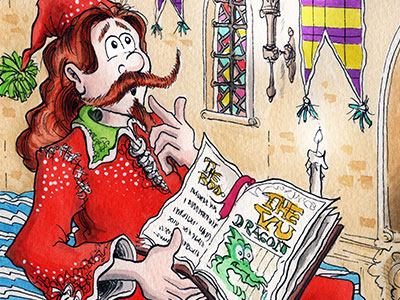 Sir Fulladred and the Dragon's Heart

Sir Fulladred wants to be strong, clever, and brave – but he’s weak, silly, and fearful. His only hope is to eat a tiny dragon’s heart, but that seems like an easy quest. Is it though? 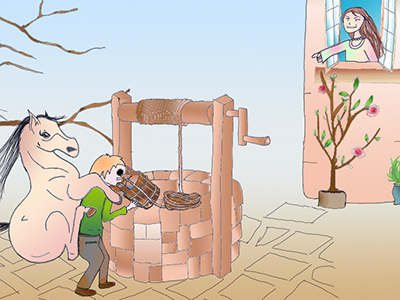 Jack needs to work so he can help his mum afford their food. But although he does a brilliant job for the farmer, he gets a bit confused when bringing his wages home… 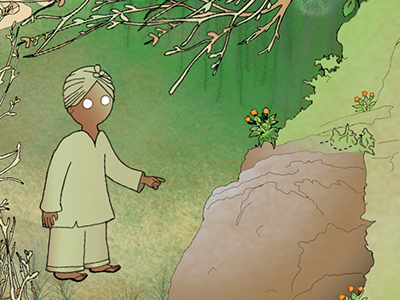 Merchant Ali and the 40 Brigands

A band of 40 thieving, sword-wielding brigands is attacking travellers – but Ali needs to travel for his job. When he discovers their secret hideout, though, can Ali turn the tables on those bullies?